It’s an unusual trio, we know it.

But trust us, it is very, very real.

Still unclear? Think about it. A post-Brexit trade deal with the US, which the UK is likely to sign in the near future, could raise the threat of products containing asbestos entering Britain.

Kwik Sweep, a leader in the collection and removal of waste in London, finds this a threat.

As of now, the UK has a total ban on the importation and sale of asbestos, and asbestos containing products. However, this may change.

Why are we worried?

Because asbestos is a toxic substance that causes mesothelioma, a dangerous form of cancer.

Green Party co-leader Caroline Lucas know this well, and three recent claims of hers should make us all think.

“Theresa May is desperate to sign up to a trade deal with Donald Trump.”

“Much of the likely cost of such a deal – like forcing chicken washed in chlorine and hormone-fed beef on to our shelves – are already known, but the risk we could see asbestos contaminated products come back on to the UK market is not.”

“We all know Donald Trump does not take prisoners when it comes to trade deals. If he decides that asbestos-contaminated products must be included in a deal, he will not give way.” 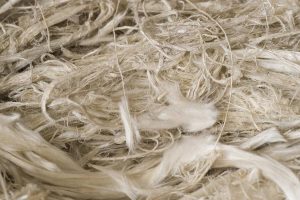 According to the Government, leaving the EU will not lead to standards and protections being neglected or watered down.

In this regard, a spokesperson from the Department for International Trade (DIT) claimed that: “While we are committed to a mutually beneficial economic trading arrangement with the US, we have been clear that the UK will maintain its own high goods and consumer protections standards in future free trade agreements.”

That said, the prospect of an asbestos comeback is real, and should be prevented.

Kwik Sweep works in line with the “Control of Asbestos Regulations 2006” and is London’s favourite asbestos-removal company.

So, if you have asbestos, or waste, that you want to get rid of, get in touch with us.

Kwik Sweep is here to help.