Sadiq Khan is back fighting plastic.

This time, he has announced a further £6m in funding for protecting the environment and improving green spaces throughout the capital.

Following this new injection of cash into London’s plans for a greener future, the Mayor seeks to deliver a further rollout of new public water fountains, on top of the initial 20 he had recently announced. These, the Mayor hopes, should reduce the use of plastic bottles in London.

Kwik Sweep, whose waste management efforts involve the collection and disposal of large amounts of waste plastic, is glad to hear such a news.

Khan’s new fund will also create better local green spaces, with a focus on areas with little access to community spaces and parks.

His commitment to reducing plastic waste is remarkable.

The Mayor’s office has even already allocated £750,000 in a draft budget over the next three years to cut plastic waste.

Also, he is working with the #OneLess campaign, an initiative launched by the Zoological Society to make Londoners less dependent on plastic bottles.

All this work is part of the Mayor’s ambition for the capital city to send no biodegradable or recyclable waste to landfill by 2026. 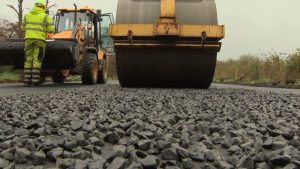 On top of this, he also plans to make London the world’s first National Park City by engaging Londoners to help create and improve green spaces and plant more trees, contributing to making London a healthier and greener city.

In his words: “This increased funding is matched by ambitious plans which aim to help the public easily cut their use of plastic by offering water refills, delivering more public drinking fountains and simple recycling schemes that will help cut the purchase of single-use plastic bottles.”

So, if you are as concerned about waste as our Mayor, get in touch with Kwik Sweep. Our teams are the best in London for waste collection, junk clearance, and disposal.