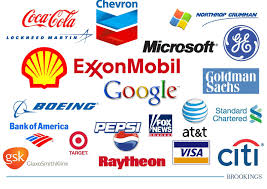 Coke and McDonald’s have just launched a new war on waste. Yes, you have read that right. Amid growing global concerns regarding the impact of plastic on the environment, the two global corporations have joined forces in the fight against waste. Their appetite for change is now bigger than ever. Kwik Sweep, London’s leader in […]

It looks like it is finally happening. England’s free ‘water refill’ scheme is officially rolling out. From the 25th of January, shops, cafes, and businesses will begin offering free water refill points in all major cities and towns. The idea is that all such spaces should offer free water refills before 2021. Kwik Sweep, London’s […]

WHY FLY-TIPPING IS NOT THE WAY OUT

In the UK, fly-tipping is generally described as the illegal dumping of waste. This, which can result in dangers to our health, is known to pollute the environment, and is thus considered a serious criminal offence. Here at KwikSweep, we are committed to the fight against fly-tipping, and here is why.   Fly-tipping is against […]

Here at KwikSweep, it’s time to celebrate! The team is excited to announce it has won two categories at this year’s prestigious National Recycling Awards! KwikSweep has topped competition from a host of industry leaders, and has taken home awards for best “Communications” and “Waste Prevention” in the private sector. With these awards, KwikSweep has […]

Believe it or not, only one in two adults recycle daily (IPSOS Public Affairs, 2011). Thus, now more than ever, learning to waste less and recycle is important for keeping our planet healthy and green. If you care about the environment, these are the top ten ways you can help preserve the beauty and diversity […]

KwikSweep is one of the capital’s leading providers of WEEE disposal services for homes and businesses, so naturally we were eager to hear what the Department for Environment, Food and Rural Affairs (DEFRA) would set as its new WEEE targets for this year. Many (including us) will be surprised to learn that the predicted target […]

Spring Cleaning Tips To Blast Away The Cobwebs

Yes, it’s that time again – time to roll up your sleeves and spring clean your house, ready for the warmer months! There’s nothing better than throwing open your windows and doors after a cold winter, donning your rubber gloves and giving your house a much-needed once over. Here at KwikSweep, we’ve helped hundreds of […]

Why use a company with waste carrier license?

We at www.kwiksweep.co.uk is fully registered the environment agency for all your rubbish removal needs. Using a registered waste management company with the Environment Agency and waste collection authority are the preferred method of disposing of your bulky waste/junk.  A transfer note would be giving to you meaning that your waste is now the responsibility […]