The ‘European Recycling Platform’ (ERP) has reached a significant milestone by collecting and treating more than 3 million tonnes of WEEE – Waste Electrical and Electronic Equipment across Europe since 2002.

Though this number only equals the amount of WEEE generated by the entire European Union (EU) in one year, it still is a remarkable achievement.

Kwik Sweep, whose waste management expertise also covers WEEE, could not be happier about this news.

The amount of WEEE continues to grow, not only on the European continent but worldwide. According to current estimates, the global production will reach 52 million tonnes by 2021.

Clearly, then, working on a viable solution to tackle WEEE is vital.

The hazardous chemical leaching from landfill and contaminating the soil have huge impacts on our environment and health. In addition, the loss of valuable environmental resources damages the economy, as the ERP emphasises.

This is why it is important that companies like Kwik Sweep keep up their efforts in WEEE disposal and removal.

To Umberto Raiteri, CEO of ERP, “treating 3 million tonnes of WEEE … has contributed significantly to the EU circular economy and proves that extended producer responsibility in a competitive environment brings huge benefits for the environment at a reasonable cost to producers.” 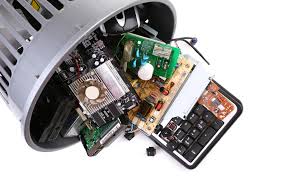 The CEO also suggested that WEEE disposal “promotes innovation, which leads to higher quality treatment – preventing the release of hazardous substances – and higher quality resources for the circular economy.”

This is exactly what drives Kwik Sweep’s work. Our company seeks to promote and showcase innovation in the waste management sector, be it through the routine completion of waste removal operations or by making waste collection more accessible via our App.

So, should you need to get rid of WEEE or general waste, get in touch with us.

Kwik Sweep is the solution to all your waste worries!