The time has come.

The capital is in need of “urgent change” to stop recyclable and biodegradable material from being incinerated, as its “energy-from-waste” attitude is preventing it from moving to a more circular economy.

This, in brief, is the message of the London Assembly’s Environment Committee, a plea that we believe in and support.

Kwik Sweep, a leader in waste collection and removal, wants things to change now. However, in and of itself, our work is not enough to save London from this crisis.

So, we want YOU to understand what the problem really is.

The amount of waste being destined to incineration or energy-from-waste (EfW) facilities in London has more than doubled since 2008. It totalled two million tonnes last year only.

Basically, 53 per cent of local authority-collected waste in London was sent to incineration in 2017. 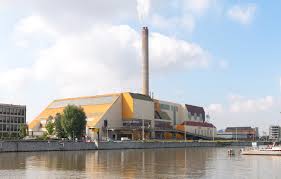 This is problematic for a number of reasons.

Firstly, incinerations should be an option of last resort. Often, recyclable materials end up being incinerated, while they could be given a second life.

Secondly, according to some reports, incineration contributes to the release of toxic chemicals in the environment. This, clearly, is all but ideal in London, as it pollutes an already severely-polluted area.

Lastly, in spite of four EfW plants being located in the capital, London still exports 7.3 million tonnes of waste to other cities in the UK or abroad. This hurts London’s self-sufficiency in the management of the waste it generates.

We, at Kwik Sweep, believe that a sensible solution should be found. Ideally, we would like to see a surge in the amount of recyclable waste being sent to recycling facilities.

That said, if your own household or office waste worries you, get in touch with us.

Kwik Sweep provides London’s fastest and most convenient waste collection and removal services, recycling and reusing all materials that can be given a second life.

Choose us and safeguard London’s environment!