Fly-tipping levels are on the rise, once again …

In the last financial year (April 2016 – March 2017) there were one million fly-tipping incidents in England, or the equivalent of nearly 114 every hour.

What is fly-tipping, though?

We, at Kwik Sweep, think that too many people do not have an answer to this question. So, here is our definition.

Fly-tipping, as the House of Commons Library agrees, is the “illegal disposal of household, industrial, commercial or other controlled waste without a waste management licence.”

It is polluting, unsightly, and unlawful. Most worryingly, still, it is a recurring issue, or one that persists in spite of our continuing efforts in waste collection, removal, and clearance.

That said, this time Kwik Sweep is not the only one to worry about fly-tipping.

Under new plans, households could be hit with a £400 maximum penalty for not taking “reasonable measures” to ensure their rubbish is not disposed of by an “unauthorised person.”

Indeed, it is important to remember that not all businesses are certified waste carriers and brokers.

Kwik Sweep is not just certified (Registration number: CBDU154064), it also has years of experience collecting and disposing of fly-tipped waste across London.

So, we welcome this new, more aggressive stance of government.

Even if it is already illegal to allow unauthorised people to remove domestic waste, issuing fixed penalties would be an alternative to going to court, and could thus save local authorities money in the long run while increasing the number of penalties issued. 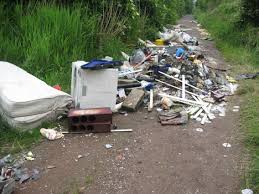 Fixed penalties have already proved to be an effective way to tackle fly-tipping.

So far, for every one prosecution, 36 fixed penalties have been issued for fly-tip-related crimes. So, if someone has fly-tipped on your property, keep this in mind, and get in touch with us.

Kwik Sweep can remove and dispose of your fly-tipped waste in less than 24 hours. Our services are fast, reliable, and cheap.

You can always count on us.